Only about ten miles from the city, but a world away in reality, the Savannah NWR is a fantastic place to watch birds and … other creatures.

The internet died at my lodging before I could post the bird lists. The cover shot shows a flock of glossy ibis (sort of, ahem, unusual). There are also grey ibis and two species of egret (snowy and great white). I saw chimney storks, blue and tricolor herons, killdeer, american coots, boat-tailed grackles (sort of hard to miss – they were demonstrating their vocal abilities), and a couple of cardinals. Not at the site, but on the way were terns and grey vultures. I wasn’t trying to identify the “little brown birds” which are now where my life list is lacking. 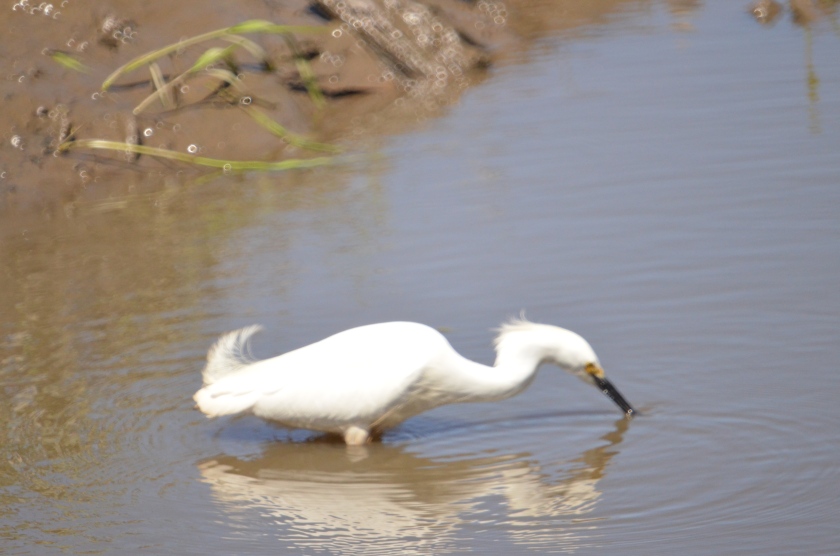 This is a better picture of a tricolor heron.

But the stars of the show are alligators.

You’re not supposed to mess with them. For good reason, come late afternoon they wake up and start to give you the eye. Fortunately, they don’t think much of humans.