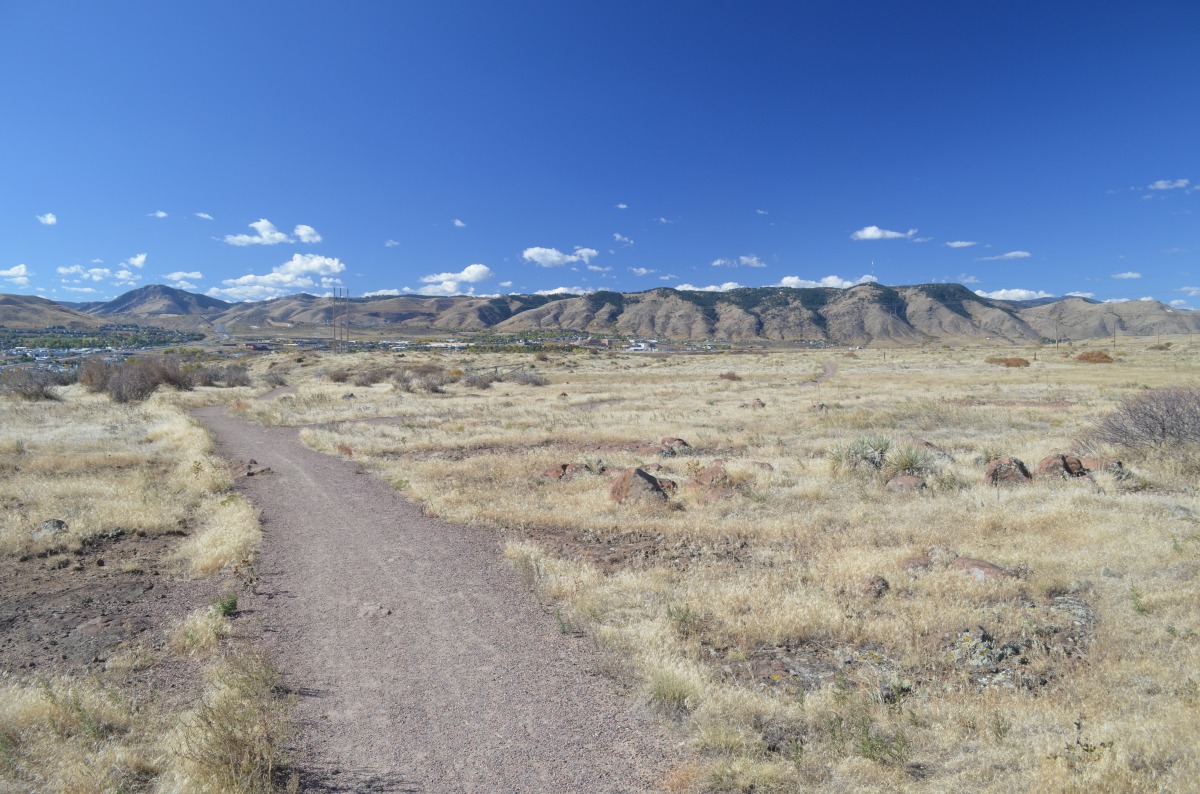 Another trail map from a visit to Golden Colorado. This is a short walk that was suitable for the morning while we waited for our flight home.

This stroll starts from a somewhat tricky to find parking lot off of South Golden Street near route 70 (Hint Kilmer Street is the entrance to the Colorado State Police school – which makes it a very safe place to park.) It’s also near the National Renewable Energy Laboratory.

It proceeds up South Table Mesa, and crosses the K-T boundary several times.  We took a digression (must remember to take the map with us next time) that would have led to the top of the mesa seen below:

We saw people on top the day before, but it appears they weren’t rock climbers.

The top is rather barren and desolate. A basalt layer with 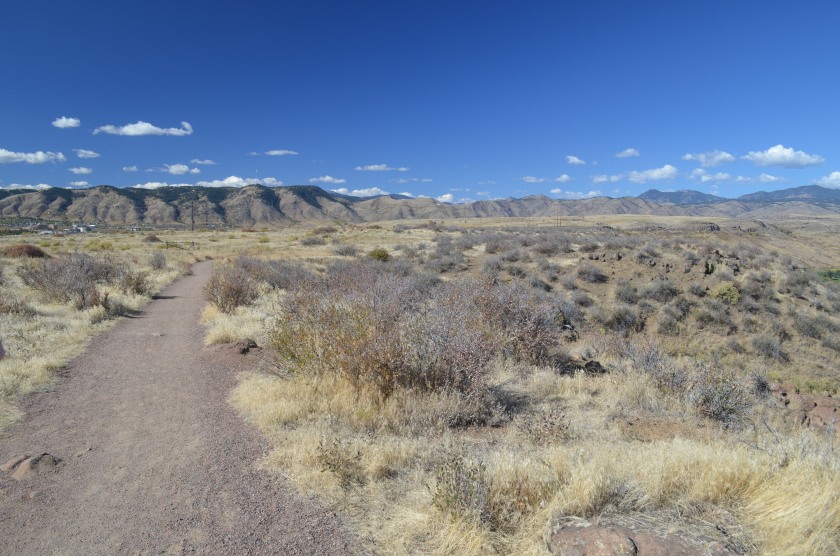 Surprisingly wild views. CSM is this way, hidden by the edge of the mesa (you can also see Lookout Mountain in the distance).

It was, on a Monday morning, mostly deserted. Most of the runners and bikers appeared to be connected with NREL.