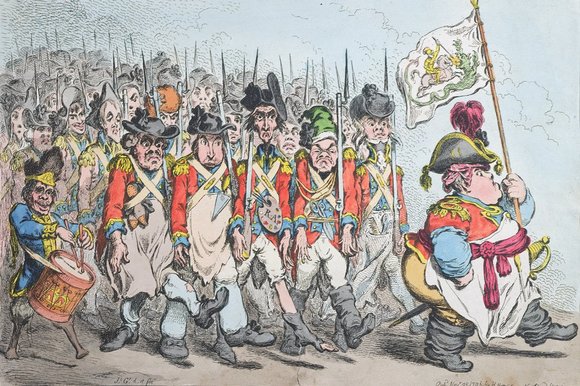 After a peek into Rupert’s history, George makes a somewhat unusual proposition to Rachel which was continued. The rain finally scuds off to the North Sea leaving a fine day – for riding and other things. Rachel, unsure of her own feelings, arranged for her companion to use the only sidesaddle.  Meanwhile Rupert and Rachel discover a shared interest in music, which leads to a proposal.  George has just returned from finding a magistrate to deal with a mob. This week they’re at the country dance mentioned in the last snippet.

An unfortunate event at a ball.

The orchestra, a pair of violinists, a bass and clarinet, struck up the first dance. Fortuitously it was a familiar country-dance in slow time because both Rupert and Rachel were out of practice. It also gave them time to converse, though most of the time Rupert smiled at his partner. Rachel thought It’s as if he can’t believe his good luck. When they finished, he said as he bowed, “Thank you. You must think I’m a poor conversationalist, but I was counting the figures. Wouldn’t do to disgrace you with an awkward partner.”

Rachel talked more during the next dance with George. He started, “I must admit you have made a difference in the poor lad. Good thing I suggested it.”

“You didn’t, you know. Just that I try to befriend him. Anyway he had guessed.”

“Observant little tyke, my nephew. Still.” The figures moved them apart. He continued when they came together again, “Still I am surprised that he proposed.”

“Or that I accepted?”

“To be honest, I refused at first. Hardly knowing him, but Miss Holloway pointed out the certain evils or my choice.”

“That you might not get another offer? He’s an odd one, Ma’am. Full of surprises. I didn’t know.” The figures intervened again, “I didn’t know about his work for the army. Old Gas making bangs.”

“Why should you have known about it?”

Rachel studied George’s self-satisfied smile. What’s he mean by that? His sources.

Eventually the chords drew to a close and it was time for supper. Rupert claimed Rachel’s company from his uncle. Disaster struck. A strange man interrupted Rachel and Rupert as they walked together to the table where the refreshments were served. He was dressed in plain and simple clothes, but was clearly important. On the other hand, perhaps, it was clear that he thought he was important.

“Miss Heppleworth.” He bowed to her.

“Surely you’ve not forgotten me so soon.”

Rachel studied him, “Mr Harding, out of fleet prison already; who paid your debts?”

“It’s Mr Oliver, Mr William Oliver. May I be introduced to your partner?”

Rupert’s face stiffened. “I believe we’ve met as well. How to you know my fiancée?”

Mr Harding or Oliver or indeed one of several other names chosen for convenience and anonymity bowed to him and said, “I knew her father, quite well. She was promised to me.”

It’s probably obvious that the title, “A Formulaic Romance” refers obliquely to chemistry. There’s another arcane reference in the text. Anyone caught it yet?  It’s sort of, maybe, perhaps, important, given what Rupert worked on in the past.  What are Spirits of Hartshorne?

This story is set at the time of the Pentrich Rising. A combination of depression due to the immediate halt of government spending at the end of the Napoleonic wars, a crop failure, and a lack of employment due to increased automation resulted in an ill-fated march on Nottingham. One of the sparks of the rebellion was a government provocateur, one William Oliver (aka Oliver the spy). Mr Oliver or Harding (another alias he used) spent the three weeks prior to the march covering on horseback or carriage or foot an itinerary that would be difficult today. Leeds, London, Sheffield, Nottingham, and Derby within a few days, and with a stop off at General Byng’s camp to coordinate. Before trains or cars or any of those new-fangled means of transport.

I suppose Amelia’s and my inner lefty is showing because he’s one of the villains of the piece.

10 thoughts on “Sunday Snippet, at the ball.”