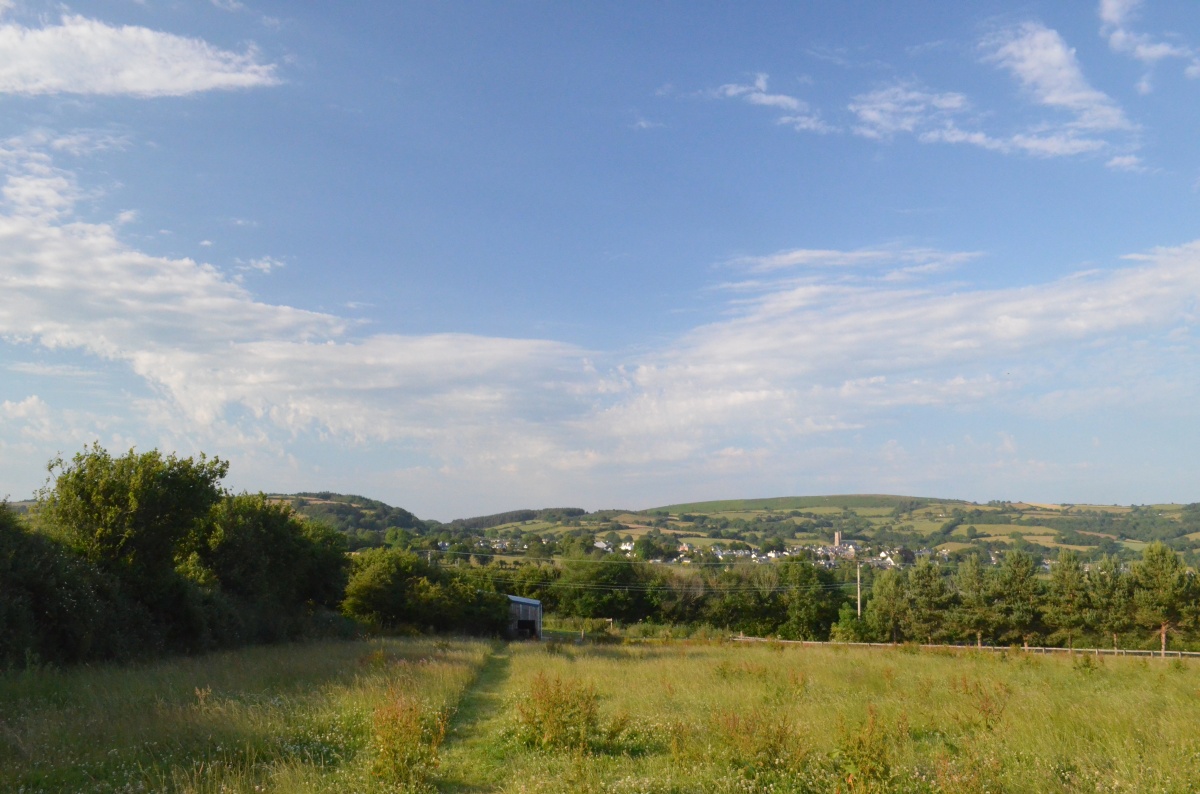 Things get a tad more strange.

Following from the last installment:

“Other than that thunderstorm, like a baby. This is the first time I haven’t had my nightmares in a couple of years. Well, I did wake up to something scrabbling at my window, but that had to be mice.”

“Yes, mice.” Uncle Sylvester paused, “Mice yes, that’s right, mice. Mary told me that your dresses were fine, well made, suitable for London, but not suitable for country rambles. We were thinking that you would like to get some plainer ones made so you can wander about the downs without worry.”

“Are you sure I’ll be strong enough?”

“I think,” Her uncle said, “you’ll make a rapid recovery. I can already see that the fresh air agrees with you.”

Elizabeth smiled at him and said, “I hope so.”

“You’ll be surprised how good the clean air and healthy living in Dartmoor are for consumption. Finish your breakfast, and I’ll have Mary take you to Moreton Hampstead. See a draper.”

“Uncle, I’m sure I could make my own, and with Mrs Trent’s help.”

“Yes, yes, but we don’t have the fabric. You’ll need supplies, even if you stitch them yourself.”

Mary started to object, as a competent housekeeper she had more than enough fabric on hand for a simple farm-dress, but then she caught Dr Standfast’s glance and agreed to the trip.

“Excellent,” he said, “While you’re out, George and I will need to repair the roof. It looks as if there’s a pair of broken tiles over the window to Elizabeth’s room.”

“There are?” Elizabeth asked.

“When you go to put on your town clothes, take a look up from the window.”

Having finished her tea, and a hefty helping of bread, butter and jam, Elizabeth returned to her room to change. She followed her uncle’s advice and looked above the window. There were several shattered and damaged tiles. If she didn’t know better, she could have sworn that they had been shot. Certainly something hard had shattered them. She said to herself, “I wonder if one of the local children was throwing stones.”

“Mrs Trent,” Elizabeth said, as their pony easily trotted downhill to Moreton Hampstead, “It sounded to me that my uncle wanted us out of the house. Is something going on?”

“No Miss, he wants you to get out in the sunshine. At least while the weather’s good. It can be awful close weather up here at times. Have you see the downs and tors at their best.”

“I wouldn’t say we do, but Miss, there’s always something to look at in the town. You do need a plain dress that won’t get too mucky and we can brush clean when it does. That and a rain cloak. That pretty little thing of a parasol umbrella you brought from London won’t last long when the rain sets in.”

“And I suppose we can’t make a good rain cloak.”

“Not a good one, Miss,” Mary laughed.

“You know Mrs Trent, I wouldn’t have believed it, but I think Uncle’s right. I am breathing better.”

“Dr Standfast is a sharp man and a good doctor, Miss Elizabeth.”

“Mrs Trent, do you know what happened to the roof by my window? It sounded as though something were there last night. Just when the thunderstorm started. There wasn’t any hail was there?”

Mary paused, and changed the direction of the conversation. “Nay Miss. This here is North Bovey. A pretty little place, but nothing to compare with Moreton Hampstead.”

“Or London.” Elizabeth added with a laugh.

“Nor London. Not that I’ve ever been there. Can you tell me about it?”

Mary queried Elizabeth about the wonders of the city all the way into town. Crowds, omnibuses, gas-lights, museums, concerts, and even whether she’d danced with young men and had a fancy for one. Elizabeth sighed that the men she had met so far were rather dull.

“I expect they just weren’t the right men for me.”

They pulled into town, and after arranging to bate their pony at The Horse, walked across the street to the ironmongers. Mary paused outside and said, “I need to check on some things Mr Trent ordered, I’ll meet you at the Moreton Drapers. They’re just up the street.” She pointed the direction.

Elizabeth agreed to walk on ahead and left for the drapers. The store supplied a combination of the fabrics and notions needed to make clothing as well as a small selection of readymade clothing for the touring and less-discerning or perhaps, more desperate, trade.

The clerk greeted her, “Miss, can I be of service?”

“Here on a walking holiday?”

“No, but after that thunderstorm last night, I should think I need one.”

The clerk said, “What thunderstorm?”

“Wasn’t there one here? There were flashes and bangs all around the farmhouse.”

“That must have been that crazy old coot who lives up at Barnecourt. Always making noisy bangs, firing off fireworks and dashed silly things like that. Wish he wouldn’t ’cause he’s a good doctor.”

“I think you mean my Uncle Standfast.”

“Oh.” The clerk paused and then after a moment to sort his feelings turned back to the business at hand and said, “You were wanting a rain cloak. We have a wide selection.”

He was displaying their selection, kept on hand for the visitors from the city who discovered that the wind-driven rain of the high moors and umbrellas did not mix. Elizabeth was deciding between a yellow vulcanized rubber slicker and a green waxed cape when Mary came in. The clerk said, “Mrs Trent, I shall be with you presently.”

“I’m with her. Miss James, have you seen anything you like?”

“Which is better, a waxed cape or this rubber one?”

“Get the waxed, it won’t be torn by the briers.”

The clerk promptly took the waxed cape and set it aside for her. “Anything else you’ll be needing Miss?”

“A skirt, something that will do for walking.”

“I have some ready-made’s, but Mrs Trent is an excellent needlewoman.”

“As am I, but need something now. We need fabric as well, don’t we, Mrs Trent?”

Mary stepped up and gave the clerk her requirements. She’d written them down to save time. A few minutes later, with the cloak, an awful woollen skirt, and a small bolt of fabric put on the account, Mary and Elizabeth left the shop.

Elizabeth said, “He called my uncle a ‘crazy old coot’ and said he shot off rockets and made all sorts of odd noises. Is that true?”

“He’s not crazy nor a coot, but he does like his explosions. He’s been known to help test blasting powders for the quarries at Hayter, up on the Tor.”

“Was that what happened last night? I only ask so I can get some notice and not be surprised.”

Mary said, “Did you care for some tea before we return?”

“You didn’t answer my question.”

“No, I didn’t. Ask your uncle about it. Are you hungry after our expedition?”