One of the few scenes in my sweet romance The Curious Profession of Dr. Craven that gets close to hot is where Richard (Dr Craven) listens to Henrietta’s heart (Properly chaperoned, of course). Before the invention of the stethoscope the doctor had to put his ear on his patients’ chest. This could be a tad embarrassing, especially when the patient was young, pretty and female. 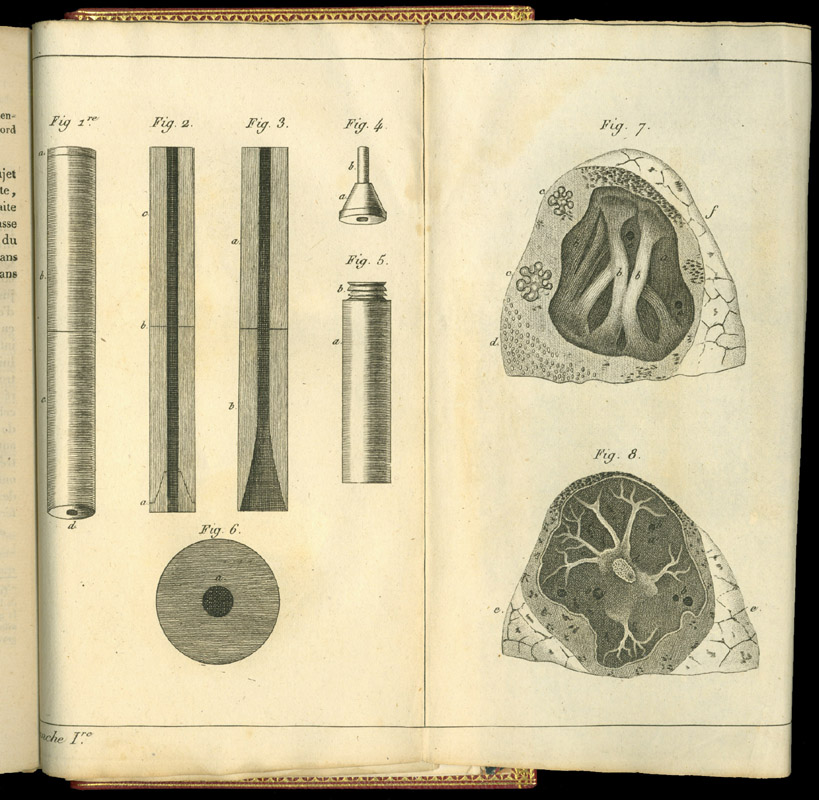 Rene Laennec solved this problem with a wooden tube. The figure above, from 1819, shows that very quickly after that doctors learned to distinguish between different sounds. It was not simply the muscle making noise, but valves and things like that. Not that they could do much about it, but it was a start.