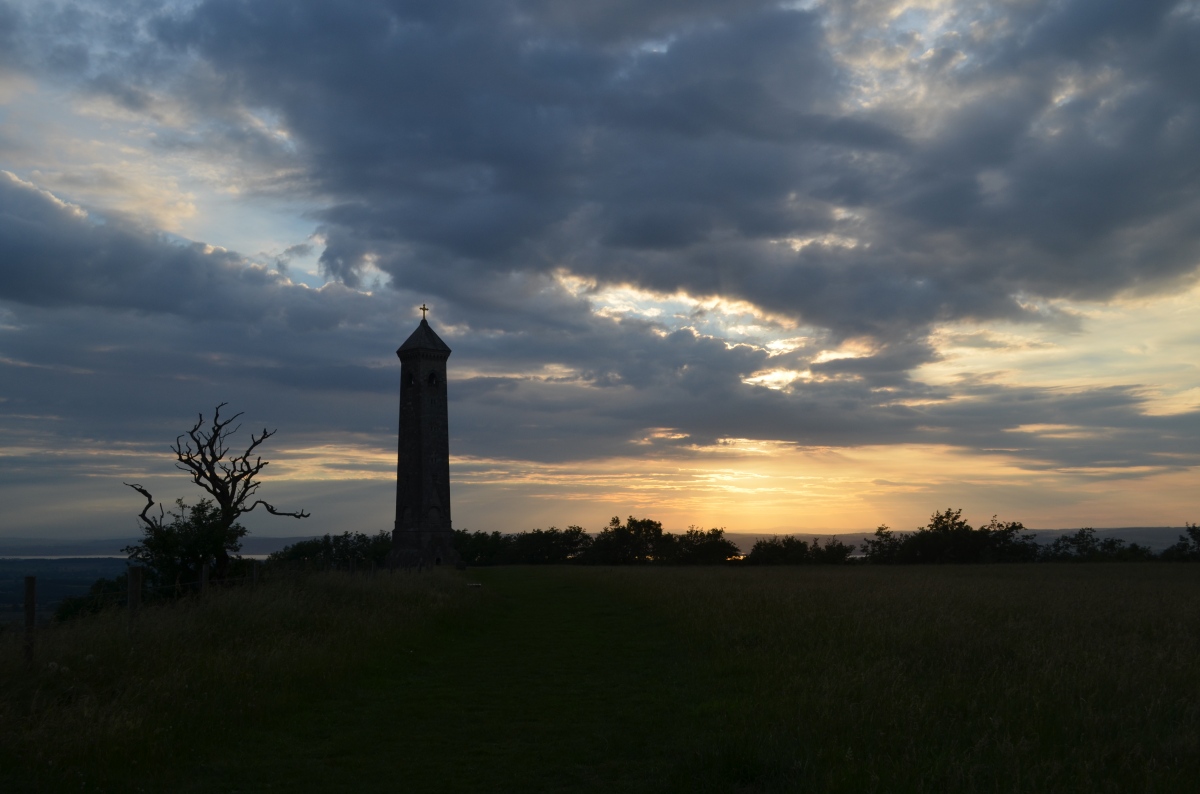 This is not too far from Bristol or the thriving metropolis of Yate, not to mention Frampton Cotterell or Chipping Sodbury. We’ve visited it a couple of times with my brother-in-law. I was reminded of it when watching a DVD of “Sherlock Vol 3, his last bow” where it flashes by in the background near the end. You can also see it from the M5, but it’s better to walk there.

William Tyndale, himself, is something of a hero of mine. He was one of the first translators of the bible into English – pre King James. His work started the focus, in English, of going back to the original texts. This was at a time when the Catholic Church didn’t want people to think for themselves, and had the force to do something about it. He was executed in 1536, before completing his work. His work, printed in Antwerp, was banned, confiscated, and destroyed during and after his life. Still, smuggled in water-tight compartments in wine casks, as individual sheets in bales of cloth, or in secret compartments in otherwise normal commerce, his (and other’s) translations continued to make life difficult for those who would repress individual thought.

In addition to being a martyr for religious freedom, he’s an example of why we do not want religion and state mixed.

After making a donation for the upkeep, we ascended the spiral staircase to the top. 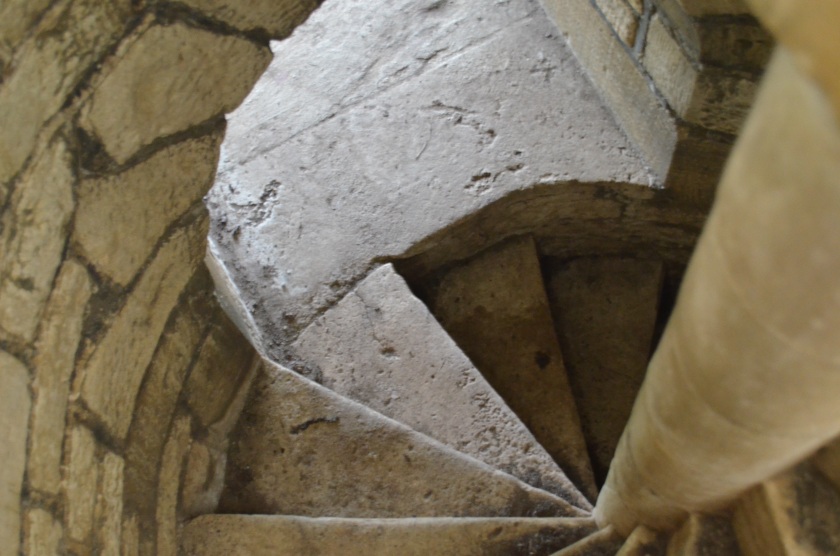 This view shows the valley below and the other scene from the Sherlock episode is in it (The white blob in the distance.) 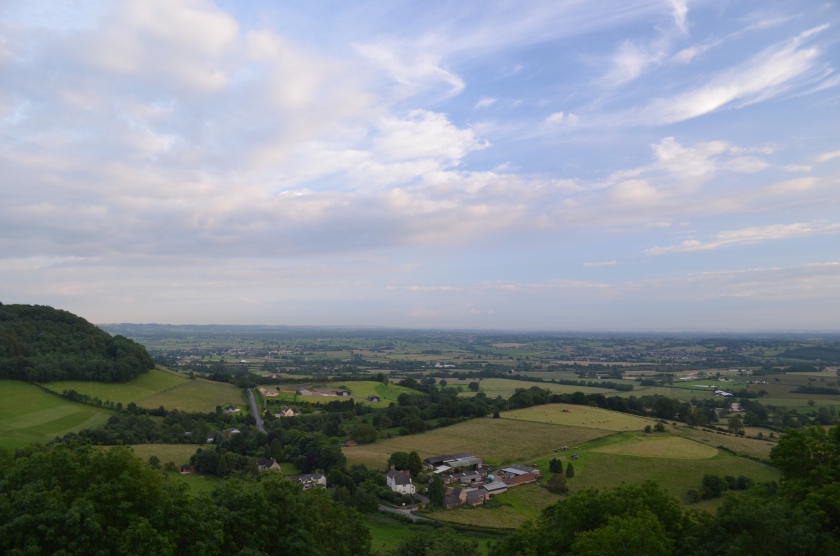 This map shows one of the walks we took. It climbs a staircase from North Nibley. The top of the down is criss-crossed in footpaths and we’ve more often parked at the other end. Parking here is the shortest and easiest way to the monument. 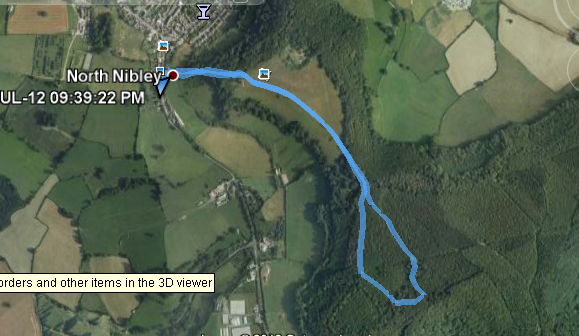 That summer was a bit mucky, so wellies (UK solution) or sandals (Closed toe Keens, my solution, since a little mud never harmed anyone) were a good idea.

The top of the down also houses a neolithic or iron age fort. It’s slowly being uncovered.  You can see this in the map as well.