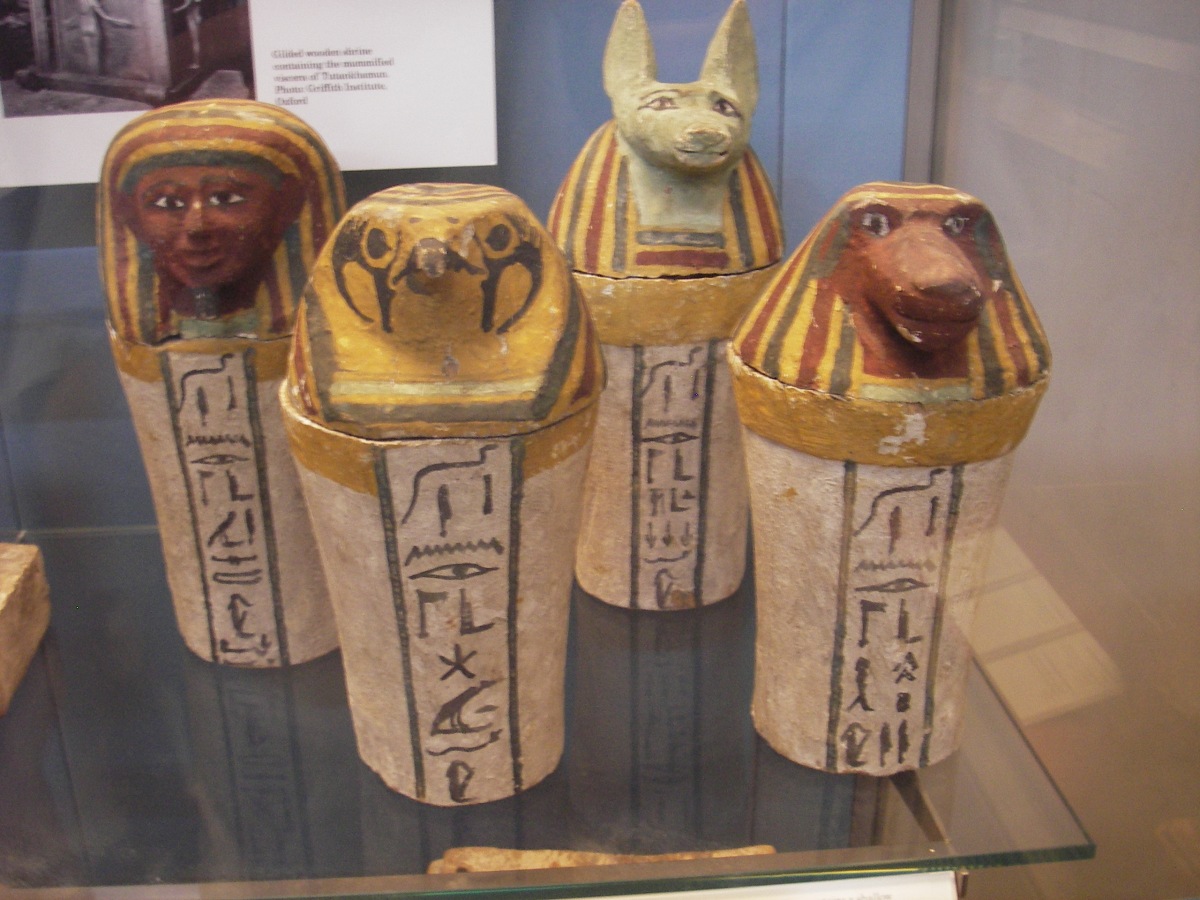 For what it’s worth.

The jug with the falcon (of Horus) reads:

For my strong staff, the god Osiris, my spirit adores him.

The one with the baboon reads:

For my strong staff, the gods Osiris and Hapy

Hapy is the god of the flood, associated with new life. The bottom literally is the pictograph for strong and the name Hpy (Hapy). The last pictograph is a leopard’s head, which implies strength. Oddly in terms of English grammar, it applies to the whole phrase, which is sort of like German where the verb is at the end (except it isn’t).

I probably made a few errors in these translations, but they should be close.

Amelia and I are furiously writing a new book where the Egyptian gods walk among us.