Welcome to Weekend Writing Warriors.   This week continues a spy story set in late Georgian England, the year before Trafalgar. Last week, Roderick and his companion awaited Lucy and Alice in Bath. The story, this week, starts after they’ve connected with Alice and Lucy. After exchanging greetings, Alice reminds ‘her charge’ that they need to enter their names in Mr Kings’ book.

“Our names must be entered in Mr Kings’ book, or else we won’t be admitted to the assembly; it may be too late for tonight’s ball, but it would be a shame to miss the concert or Thursday’s ball; we must remember to add your Aunt Heather as well.”

Edward gave Roderick a quick glance, “Shall we accompany them?”

Roderick nodded, Names, names and addresses, unless Mr King has changed the rules, “Absolutely,” He offered his arm to Alice, “Miss Mapleton, may I escort you?”

Alice breathlessly, despite her misgivings, nodded her agreement.

The two couples dodged their way through the crowds as they walked towards the pump room; eventually they made it onto the open Abbey square; however, by then Edward and Lucinda were far ahead.

An older man, dressed in the slightly faded colours of an old blue uniform, accosted them, “Sir Roderick, Mon vielle truand!  What are you doing in Bath; I was told you were in America, and yet I find you ici with such a prime article on your arm; was she expensive, she looks it.”

“Mais of course, General Charles Dumouriez, or have you forgotten our great times in Hamburg already?”

General Dumouriez is an interesting real character from the French revolution and the Napoleonic wars. He helped to overthrow King Louis, and was an effective general during the war against the British and continental powers that immediately followed. The song ‘The Jolly Duke of York’ refers to one of the battles where Dumouriez handed the British a short sharp shock in the lowlands of Holland. He survived Robespierre’s reign of terror (rain of blood?) and the corrupt directory. However, the brutality and corruption of the revolution eventually was too much for him and he joined the British. (He may also have simply fallen afoul of Napoleon and had to depart in a hurry.) He then advised the British intelligence for the duration of the war. 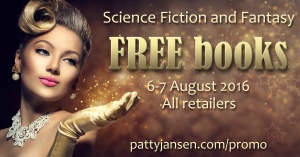