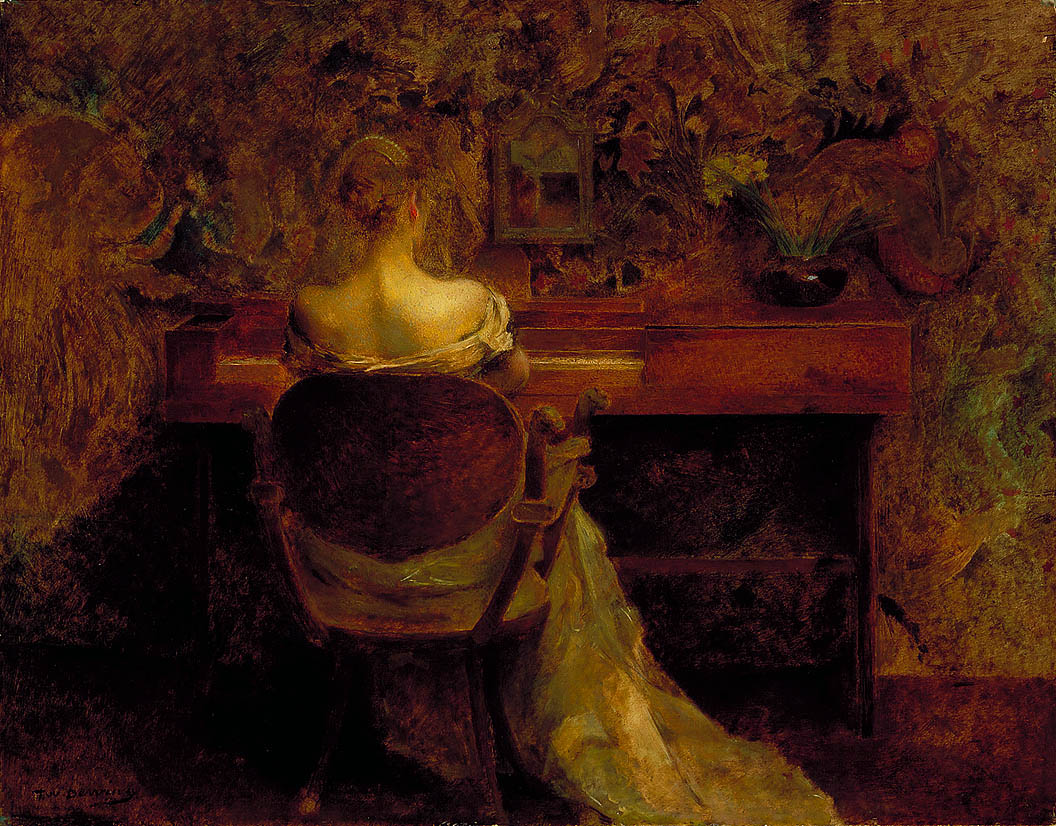 After a peek into Rupert’s history, George makes a somewhat unusual proposition to Rachel which was continued. The rain finally scuds off to the North Sea leaving a fine day – for riding and other things. Rachel, unsure of her own feelings, arranged for her companion to use the only sidesaddle.

Left to her own devices after they left, Rachel found her way to the front parlour. A spinet, dusty and disused, but surprisingly still close to in tune sat in a corner. She started playing, first from memory, and then from a fraying and browned piece of sheet music.

Lord Hartshorne startled her and she stopped playing. He said, “Lady Hayforth?”

“I had intended to return, to keep you … and George company. It’s just … Well, I became distracted in my notes.”

“That’s what I thought. Do you mind if I keep playing?”

Rachel resumed playing, but continued to talk. “I thought you would be in your laboratory today.”

“Usually, but not today. Not when I have.” He paused for more than a moment, “To be honest, I caught a few too many breaths of the fumes, and need to let my lungs clear.”

“I thought you were going to say, ‘not when I have company.’”

“That too. It’s just.” Rupert couldn’t overcome his shyness.

“How do you know about her?”

“George needs to keep his mouth shut. Yes it is. Your playing, it reminds me of her.”

Rachel paused her playing and watched as Rupert stared out the window. The grey skies from the last few day’s rains were gone. They could hear the birds and imagine the fresh smell of the drying earth outside. He turned back and said, “No. I liked, I like music.”

Rachel waited for a few moments before resuming, nonetheless. “Do you play?”

“This is a duet. The bass part is simple. Would you-?” She blushed. It was putting herself forward.

“Join you?” Rupert studied the window again; then flexed his fingers. “I’ll try. It’s been a long time since I’ve played.”

Then they played together. It wasn’t exactly the best performance, and certainly no one would have thought either of them an adept, but it didn’t matter. They were lost in the music. Together.

Eventually the piece came to an end. Rupert said, “I haven’t sat this close … I mean played a duet with … not since Antonia.”

“I know.” Rupert sat quietly. Rachel could see the confusion in his face.

“Tell me about her, if it would help.”

Rupert nodded, “Then she eloped with Lord Biddle. Didn’t even leave me a note.”

Almost unconsciously, Rachel reached for his hand and squeezed it. “It must have hurt.”

“It did.” Rupert turned to face her. After studying her face for what seemed a very long minute, he said, “But that’s over.”

“Good.” Rachel suddenly felt a little breathless. She sat too close, too alone, to a man. Not only that, she held his hand. Without gloves. The bleached streaks and white pallor of his skin accentuated the darkness of his eyes. She sat far too close to a far too handsome man for comfort.

It’s probably obvious that the title, “A Formulaic Romance” refers obliquely to chemistry. There’s another arcane reference in the text. Anyone caught it yet?  It’s sort of, maybe, perhaps, important, given what Rupert worked on in the past. (No one yet has found the answer, so I’m leaving the question pending.)

Another clue, the material Rupert worked on was used to ignite gunpowder, and its synthesis was published in the proceedings of the Royal Academy in 1803. The paper is available for download, and requires a level of heroic chemistry that I wouldn’t do (the chemists tasted their product and said it didn’t taste like calomel). Your mileage might vary. It isn’t used as a primer any longer, but please do not fire into the air at midnight. You have no idea where the bullet will land.