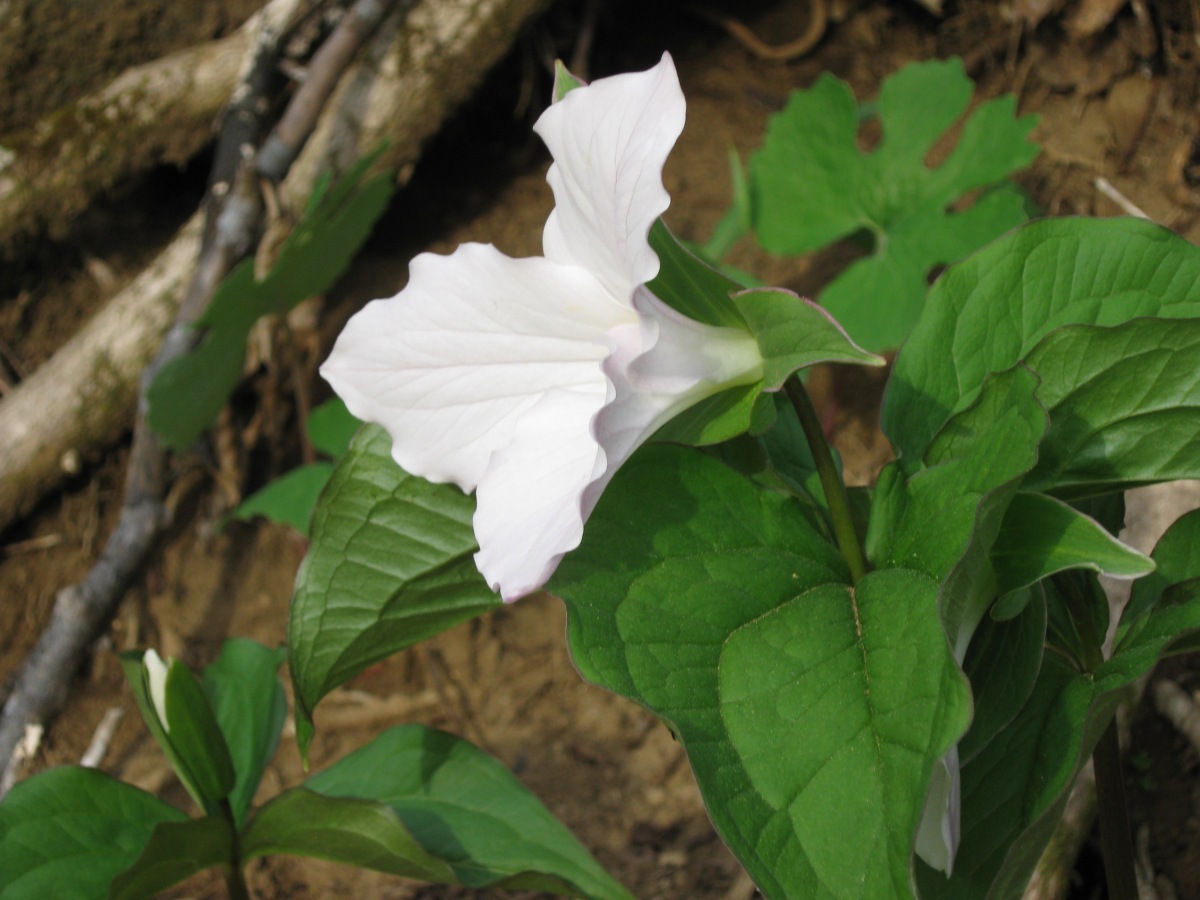 When haughty expectations prostrate lie,
And grandeur crouches like a guilty thing,
Oft shall the lowly weak, till nature bring
Mature release, in fair society
Survive, and Fortune’s utmost anger try;
Like these frail snow-drops that together cling,
And nod their helmets smitten by the wing
Of many a furious whirlblast sweeping by.
Observe the faithful flowers! if small to great
May lead the thoughts, thus struggling used to stand
The Emathian phalanx, nobly obstinate;
And so the bright immortal Theban band,
Whom onset, fiercely urged at Jove’s command,
Might overwhelm, but could not separate!

We don’t have wild snowdrops in the south, so maybe a spring Trillium will do. From Jarrod Gap near the AT. The odd, sort of hand-shaped, leaf just out of focus in the back is a bloodroot – a delicate spring flower with bright orange sap.