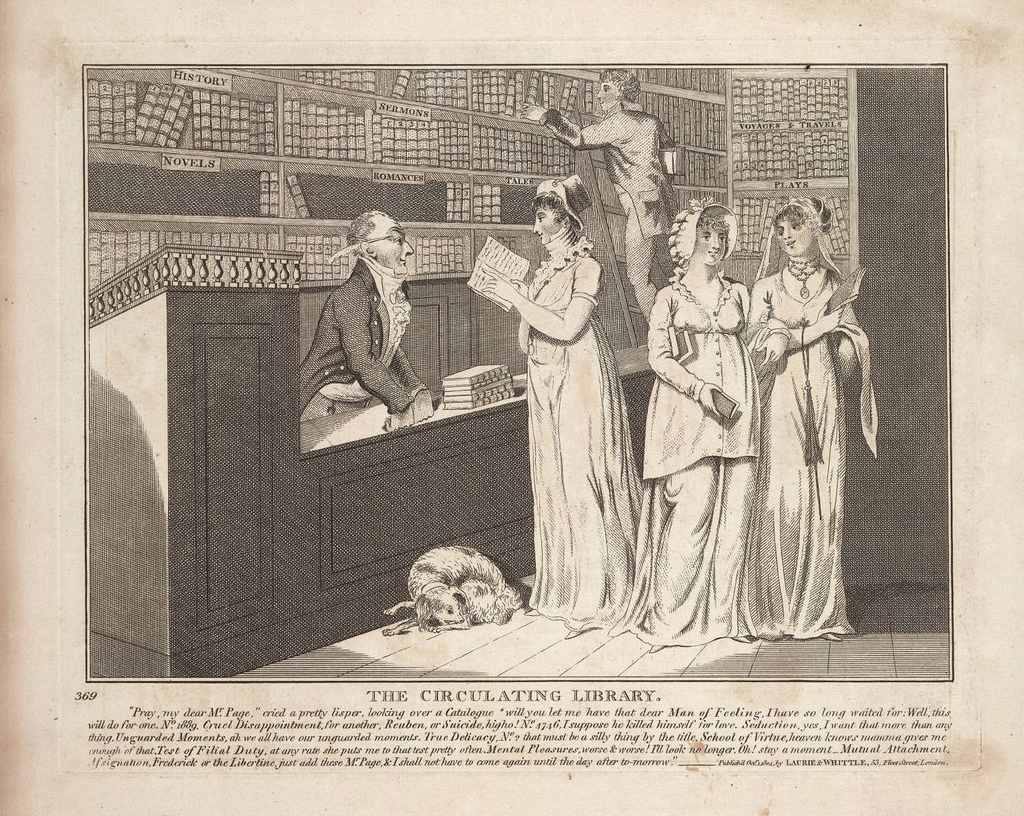 A Surprise Visit, continued for your delectation.

“Thank you, I’d love help. I’ve been sorting the books by author.” She pointed to the piles, “It’s a long process.”

“I see.” Miss Deacon picked up the ill-fated volume of Kant’s critique. “This is in the original German. I received Geo- Lord Bedlington’s answers to my questions. Most insightful. I didn’t know he had it in him, not to mention that he could read academic German … what are you sniggering at?”

“Nothing. He and Rupert, um, they worked together on your questions.”

“Oh. At least he was improving his mind.”

Lady Bedlington fiddled with her reticule, pulled out her fan, opened it and fanned herself, then shut it with an echoing snap. “Cha- Miss Deacon, I am distressed sitting here. Escort me to my room. I have a headache.”

“Yes, Lady Bedlington,” Charity started to rise, but Rachel was quicker. She curtsied, “My Lady, let me call my companion, Miss Holloway.  She’s an excellent nurse and very skilled at relieving headaches.” Poor Lucy. Lady Bedlington started to object, so Rachel continued, “I should so much like to know Miss Deacon better.”

“Maybe you’re right … Miss Deacon do not over tax yourself. Remember you’re not strong.”

“If you’ll let me assist you.” Rachel added, “I’ll help you to the hallway and we’ll find my companion.”

“The George,” Rachel saw Miss Deacon stiffen, “The George I know wouldn’t. Let’s not pull caps, we should be cater-cousins. May I call you Charity? Much nicer name than mine, Rachel.”

“I punned just then. Did you catch it?” Charity saw from Rachel’s confused expression that she didn’t. “The word Rachel means ewe, or ewe-lamb.”

Once Charity explained the joke to her, Rachel laughed, “I’m even gladder now that my father didn’t pick Delilah or Jael. No scholar, he just read the Old Testament to find one he liked – thought it would demonstrate his piety. Not that he really had any.”

“Delilah’s queen of the night and Jael mountain goat.”

“Then I guess Rachel’s not too bad of a name. Charity, at least that’s an English word.”

“No. My education rose to Fordyce’s sermons and the house books. No more.”

“Poor girl. I’m helping George, my George, to remedy the defects in his education. Would you like to join us?”

Fordyce’s sermons to young women show up in Jane Austen’s work and were a real book of rather dull exhortations to proper behavior. There is a reason Mr Collins is enamoured of them. Novels, light fiction, and entertaining reading were not good for females, at least according to their male relatives. After all, you wouldn’t want your sister to look as dissipated as the young women in Mr Cruikshank’s cartoon, now would you?

8 thoughts on “Sunday Snippet, About Sheep.”