The sandhill cranes have returned. We saw the first few birds a couple of weeks ago, but now they are there in flocks. When we drove through today, they were a tad more spread out than usual. These ones (above) were hunting the early wood frogs. I could hear the frogs while I took the pictures. 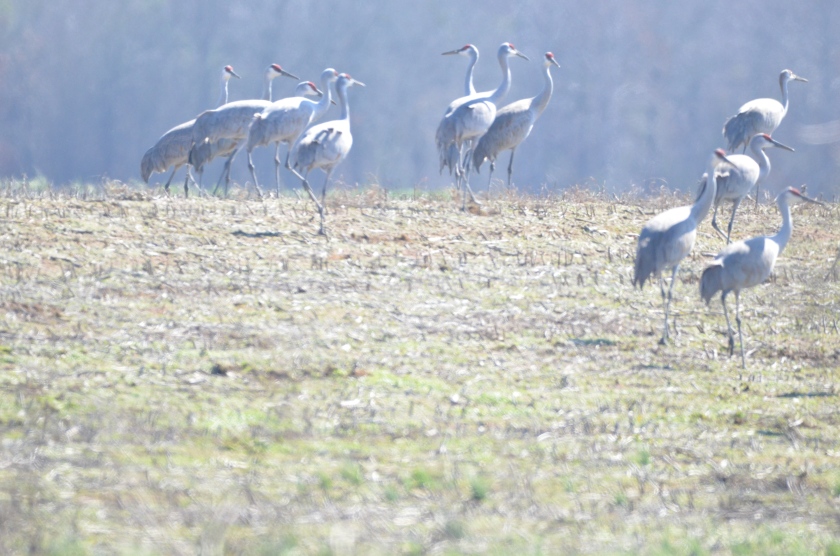 These were across the street from the others. During the summer this hill is a cotton field, so I’m not sure what critters there are now. 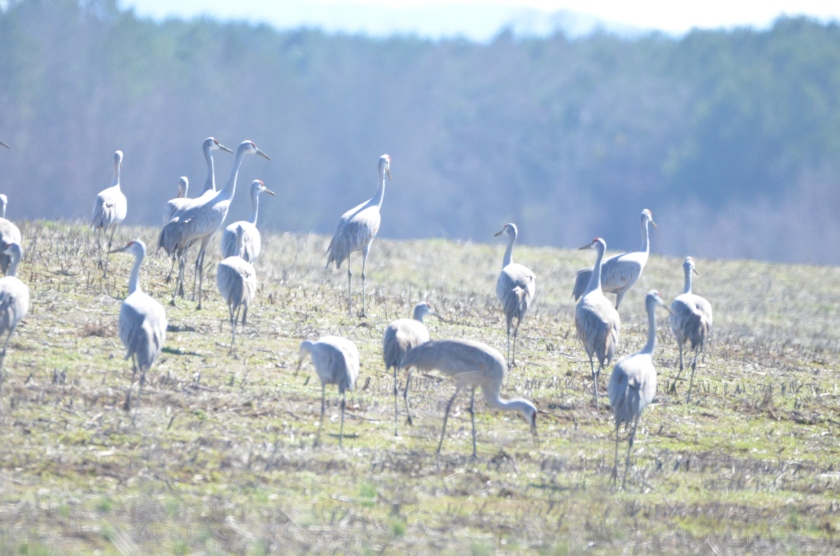 However, there must be something because the flocks were spread out over several fields. These were the closest to the road where there was a convenient place to pull over and take pictures. I used a 600mm sigma lens. I’m not thoroughly happy about the sharpness. 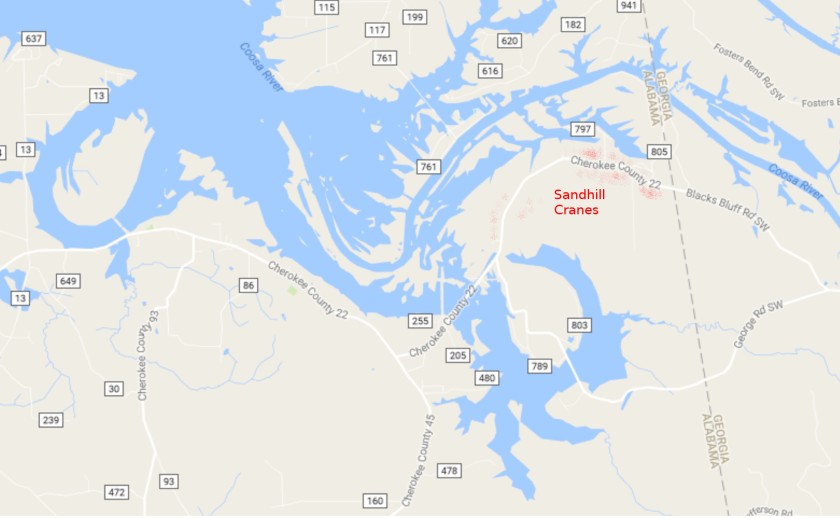 This map shows where to look if you’re interested in seeing them yourselves. Remember they are protected birds. If you continue to Centre there are some half-decent places to eat and the petrol is about 30 cents cheaper than in Atlanta.